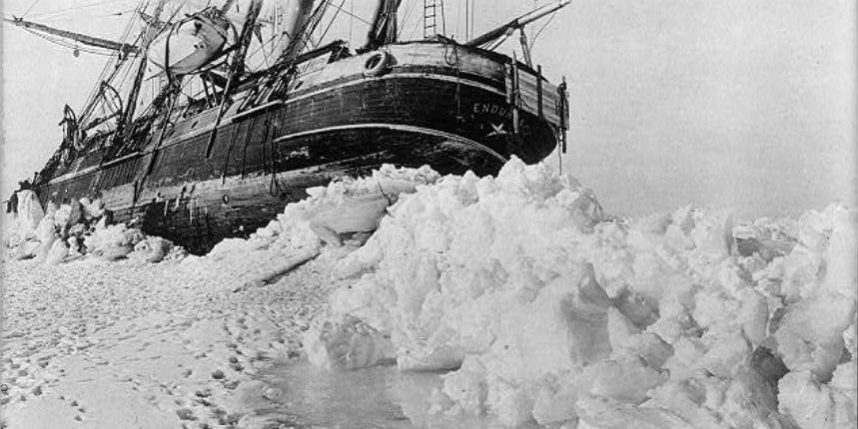 Ernest Shackleton was born in 1874 in the small Irish village of Kilkea in Kildare. He ultimately became one of the most iconic and charismatic figures of what’s known as the Heroic Age of Antarctic Exploration.

He was a participant on a number of expeditions to the Antarctic between 1901 and 1909. It’s for his own ‘Endurance’ expedition in 1914 that he is best known, and the story of that expedition is one of the triumph of human courage, teamwork, and inspired leadership .

After Amundsen beat Scott to the South Pole in 1911, Shackleton had turned his attention to a trans- polar crossing of the continent. On the 1914 expedition, his aim was to cross the southern continent from east to west, a journey at least as difficult as travelling to the pole and back.

Disaster struck the expedition when the ship Endurance became stuck in the ice. Shackleton realized that the ship would not survive, and that his role as a leader was to ensure the survival of his crew. The crew abandoned the ship and camped on the sea ice until it began to disintegrate, and then launched their lifeboats to reach the  remote and desolate Elephant Island.

Shackleton realised that help would not come to them, and that they would have to find help by their own efforts. Six members of the crew, including Shackleton, sailed a further 800 miles to South Georgia, and eventually managed to reach the whaling station after a 36 hour walk to other side of the island.

27 crew members were marooned on the ice, 27 were finally rescued with the help of the South Georgian whalers.

Shackleton has often been cited as a great leader of men, and his Endurance trip has often been used as a case study for management and leadership courses. The expedition lurched from crisis to crisis, but Shackleton retained his vision and purpose in the face of constantly changing circumstances. He had clear goals, and expressed them clearly to his men – “Ship and stores have gone — so now we’ll go home”. He was also conscious of the need to remain positive, and to tackle negative sentiments among the crew. Aware of the potential for those sentiments to spread, he assigned some of the more negative crew members to his tent, proving the value of the old saying “Keep your friends close and your enemies closer.”

Here’s a little bit more about his leadership style, and how it remains totally relevant in today’s business climate.